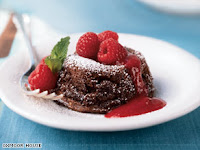 Lk 4:1-13; Deut 26:4-10
This Lent I’m giving up alcohol, chocolate, snacks, sugar in my tea, and much of my favourite television.
You might think this will make Lent gloomy and miserable, but the Church actually calls Lent “joyful”: the phrase in the first of the Lenten Preface prayers calls Lent, “This joyful season”. I want to say why.

But before I say why, I want to remind you that Lent is a time to ‘give something up’. There is a rather vague notion in circulation that says, “Well, I’m just going to do something POSITIVE instead” –but this notion is not in the ancient saints who first wrote about Lent, it is not in the saints down the ages, and is not in the teachings of the Church today. Now, it is true, prayer and fasting should lead us to be better people with more love, doing ‘positive’ things, so ‘prayer, fasting, and alms-giving’ go together.
But it is a mistake to think that you can bypass the prayer and fasting, bypass the ‘giving things up for Lent’ –we NEED the discipline and self-denial of Lent if we are to ever become good and ‘positive’. And it’s important for children to learn this from a young age. Lent is about going into the desert with Jesus to fast and pray as He did for 40 days -but, this does not make it miserable.

So, being miserable. I’ll admit that when I give up something for Lent I do have a certain type of sadness: already in these last few days, I have had moments when it was my normal time for a snack, I remembered that it was Lent, and I thought, "but I WANT a chocolate cake!”.
But there is a benefit to feeling that type of sadness, and one of the benefits is that it focuses me on what can give me a much truer form of "joy”.

One of the reasons that I am sad about not eating that chocolate cake is that there is a little voice that is saying to me, "the only pleasure that exists is the pleasure you can have right now, is the pleasure in that rich, mouth-watering, chocolate muffin".
But that little voice is lying to me, just as the devil lied when he tempted Jesus in the desert.
The truth is that the greatest pleasures are not those of this world but are the joys that call to us from the next.
So, one of the reasons that Lent is a "joyful season" is that the fasting, discipline, the giving-things-up for Lent –all of this reminds us and focuses us on the truth that our true happiness lies beyond.
Our first reading included the ‘creed’ of the Jewish people, “a wandering Aramaean was my father...”: recalled how God had chosen them, rescued them from Egypt, and brought them to a Promised Land.
Lent can give us joy if it helps us remember the "promised land" of heaven that awaits those who do not spend this life living as if there was no hereafter.

Another reason why giving things up for Lent should be an act of joy is that it should be an act of love, an act that unites us to the loving Lord who suffered and died for us, who ‘gave things up’ for us –on the Cross and in the desert fasting
There is a something that follows on from this, Let me make a comparison: there are many goodhearted unbelievers who choose to give things up for Lent -I hear people on the radio say such things, and I meet strangers around town who say such things. But for such people, without faith, it is just self discipline –without asking the help and grace of Jesus, without the strength of Jesus. And this means that it is much more hard work -to do this alone.
In contrast, if I have faith, then when I give things up for Lent I do so WITH Jesus and WITH His help. So when I want that snack or glass of wine I can pray, “Jesus, the cake that is not here in front of me, but I would normally rather like to have in front of me, this cake that is not here: I offer it to you”.
By transforming that act of self discipline to an act of fasting, an act of prayer, I then have Jesus to help me.

In summary: giving things up for Lent is our share in Christ’s 40 days in the desert, it helps us grow in the self-discipline that the self-denial of fasting gives us, it helps us detach ourselves from the pleasures of this world and orient ourselves in faith to the joys of the next. And in doing all this WITH our loving Lord, it should be a season of joy.
Posted by Fr. Dylan James, Catholic Priest, dual American-British citizen at 00:38