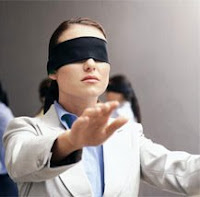 Mt 17:1-9; Gen 12:1-4; 2 Tim 1:8-10
Most people like to know where they are going, and I'm one of them. I might tolerate being blindfolded on my way to be shown a surprise, but, generally speaking I like to see where I'm going. The simple point I want to make today is that God does not leave us blindfolded in our following of Him: He has shown us where we are going, and that is a major part of what the Transfiguration was all about, as we heard in today's gospel.

Back to my opening point: I said a moment ago that God does not leave us blindfolded in our following of Him. Now, there is another sense in which, as St Paul says, "we walk by faith and not by sight" (2 Cor 5:7): there are many details of what will happen to us in life that we simply do not know, we do not know the exact manner of our Lord's presence and support to us in our life.

But, I want to illustrate the point that God does not leave us blindfolded in our following Him, He does enables us to see our way and does so in at least three ways:
First, as I just said, in the Transfiguration and His Resurrection, and the revelation of Heaven, He has shown us the glorious DESTINATION that lies ahead for those who are faithful in following Him.
Second, we have His PROMISES to encourage us to set out in following Him. In our first reading we heard the example of God's promise to Abraham (Gen 12:1-4), when Abraham was called upon to leave behind the country and people he knew and head off for a distant land he did not know, and what he was given to enable him to make that departure, what he was given was the Lord's promise, a promise that we know the Lord was faithful to –that included the promise of BLESSINGS to help him on the way. The New Covenant that we belong to likewise promises even more blessings and strength to us on our pilgrim way towards Heaven.
Third, the Lord enables us to see the way we must follow Him by the fact that he has shown us the WAY OF LIFE that we must lead: He has shown us the virtues, the commandments, and, the particular focus in this LENTEN season, He has shown us that we need to carry our cross.

All of the ways in which the Lord shows us how we are to follow Him, the promises we have to support us in our following of Him, and the goal that our following Him is heading towards, all of these things have a greater importance when we are in difficulty, when we are in hardship. And, that holds especially for the hardship of discipleship, which includes the hardships of being faithful to our Lenten resolutions. As we heard in our second reading (2 Tim 1:8-10), there are many "hardships" involved if we are to pursue the holiness that we are "called" to achieve. But that same St Paul reminded St Timothy that we do not do this by our own strength but we do it "relying on the power of God".

So, to conclude, Lent is a time for purification, a time for struggling against sin, at time of employing the remedies for sin: prayer fasting and almsgiving. To strengthen us to endure these hardships today's readings remind us of God's promises to us of the destination, and of the transfigured glory of that final state. God shows us the way, He does not leave us blindfolded.
Posted by Fr. Dylan James, Catholic Priest, dual American-British citizen at 00:52