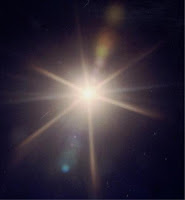 Isa 60:1-6; Mt 2:1-12
Today we keep a feast of light with the Epiphany. I was considering this during the week as I was pondering a question I often get asked as a priest, “Do you think we’re living in dark times?”
This question usually gets prompted by some recent news report. Maybe yet more grim economic news, forecasting a whole generation of coming economic austerity. Or yet more reports indicating the state of family breakdown in Britain, or the increase in drugs or alcoholism. Or, with the state of religion in our society -the loss the practice of the Faith, and of course the various scandals within the Church herself.

So, are we living in dark times?
If I remember correctly, St Augustine made the observation that there are people in every age who think they are living in "dark times", people in every age who think that things are worse now than they were in their grandparents’ time. He made this observation in the context of the collapse of the mighty Roman Empire, and with it the collapse of civilisation. Surely, that would be a time to think you were living in "dark times".

Today's feast of the Epiphany can remind us of what truly makes a time dark or not. You are living in true darkness when there is no light shining. Yet, today's feast of the Epiphany speaks to us of the shining light of Christ, of the Messiah who HAS truly come.
As our first reading from Isaiah put it, “Arise... Jerusalem, for your light has come... though night still covers the earth and darkness the people. Above you the Lord now rises and above you His glory appears”(Isa 60:1-2)
So, even though darkness remained, there was a light shining that was more significant than the darkness.
That shining light is the coming of God Himself, coming born as a little child in Bethlehem, manifested this day to the nations, to the wise men who came from afar “to do Him homage”(Mt 2:2).

The word ‘Epiphany’ is a Greek word referring to the "manifestation, striking appearance", the showing forth of something, as the baby Jesus was shown forth to the wise men from the East. Although this word is not used commonly today it is nonetheless sometimes used to refer to that sense of realising something, realising something we didn't know before. So I might say, "I had a little epiphany this week, I realised that...”
Concerning today's feast, the thing that we need to realise, the thing that we need to have repeatedly manifested to ourselves, is that Christ has come, God does dwell among us, and that He is waiting for us whenever we turn to Him, He is at our side whenever we need Him, and He is a light that is greater than the darkness, the light that the darkness tried to overpower but failed.

So, are we living in "dark times"?
Any time is dark when it fails to see Christ.
Our own lives are dark when we fail to see Christ.
But often it is in the midst of darkness the shining light can be most clearly seen.
And like the star that shone in the night sky to lead the wise men, when we feel in the midst of darkness we should remember to turn to Christ, for He is the Light of the World.
Posted by Fr. Dylan James, Catholic Priest, dual American-British citizen at 00:53