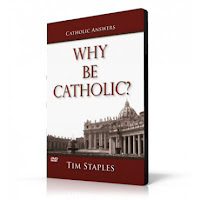 Jn 18:33-37
This week there has been a lot of media coverage of the debate in the Church of England about whether or not to ordain women as bishops.
And, lurking in the background of those discussions, there has been the occasional reference to the Catholic Church –to those awkward intransigent Catholics who refuse to ordain women as priests. And on this, and many other issues, people often accuse the Catholic Church of being inflexible, and failing to move with the times, and so forth.
So, I want to say a few words today about why the Church is not only so inflexible, but why she is CONFIDENTLY inflexible.

Let me start by making a comparison. In the recent debate within the Church of England this week we repeatedly heard their highest-ranking archbishops argue that they must ‘move with the times’; that they need to ‘catch up’ with modern society. I want, respectfully, to say that these are deeply mistaken comments for a Christian to be making. It would be one thing to argue that they should ordain women because it is the RIGHT thing to do, but to argue that they should do so because these are the attitudes in our society is to lose sight of what it means to be a Christian in the first place:

Christ’s status is such that he does not change or alter from one age to the next. He is a truth more constant that the truths of mathematics. 2+2=4 yesterday, today, and forever. And, as Scripture says, “Jesus Christ is the same yesterday, today, and forever”(Heb 13:8).
It follows that the way of life He offers us is constant and reliable too: The Eucharist is as truly Him today as it was a century ago and as it will be a century from now. The moral life he taught likewise does not change: re-marriage after divorce was adultery when Christ condemned it as such (Lk 16:18), it is wrong today, and it will always be so. Homosexual behaviour was wrong when the early Judaeo-Christian tradition followed our Lord’s embracing of that tradition, and it remains so today.
And, concerning the ordination of women, contrary to the views of our fellow-Christians in the Church of England, the Catholic Church views the behaviour of Christ as normative on this matter too: yesterday, today, and forever. Christ COULD have chosen women as His first priests (the 12 Apostles) had He so wished –He defied contemporary custom and tradition on many other things. But instead Christ chose only men, unlike the pagan religions that had many priestesses.
[If you wish to read more on this point see our parish website]

And the Catholic Church holds that we do not have the authority to do other than Christ did.
And we hold firm on this, we are intransigent in this, because of what we believe about Christ. That He is the one Lord, the true King, “and all who are on the side of truth listen to [His] voice”(Jn 18:37).
We are not intransigent because we like sticking out, or because we like being awkward, and I don’t preach about this or other things because I think it makes me popular or makes my life easy. The Church stands firm because she wishes to stand with Christ, and recognises Him as the One to stand firm with, “yesterday, today, and forever”(Heb 13:8).
Posted by Fr. Dylan James, Catholic Priest, dual American-British citizen at 00:05