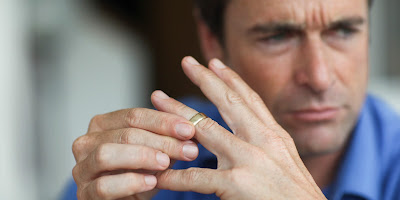 The joys of marriage are only possible because of this hard teaching about commitment. A union that didn’t claim to be for life would be a very much lesser thing than marriage, it wouldn’t really be the “one body” union the Lord Jesus speaks of. If this lifelong commitment is abandoned then what is being abandoned is the beauty of marriage itself. And with it, a stable environment in which to raise children. And thus the Church tells us that the Lord meant what He said.
Posted by Fr. Dylan James, Catholic Priest, dual American-British citizen at 00:05