Terror, Islam, and Christ the King, Year B 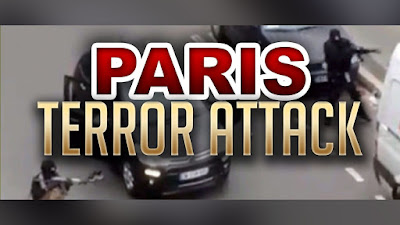 Jn 18:33-27; Dan 7:13-14; Rev 1:5-8
It's now been just over a week since the terrorist attacks in Paris.
Last Sunday we prayed for the victims, and for peace.
During this week a good number of you have asked me rather heartfelt questions, more than one of you with tears in your eyes, wanting to know what we, as Catholics, should be thinking about this. So today I'm going to make a few comments.

My first point needs to be this: Not all Muslims are terrorists. Within Islam there is an even greater divergence of opinion than is to be found among Christians: For example, some Muslims hold to the passage of the Koran that says the Jews and Christians shall be saved, “shall have their reward with the Lord”(2:62). Other Muslims, however. point to texts in the Koran that condemn Christians to Hell, the “abode of fire”(5:72) for holding that Christ is God. Similarly, when we think of the atrocities that occurred in Paris last week, and the Beirut bombings of one group of Muslims against another group of Muslims, and the attack in Kenya earlier this year that singled out Christians for execution, it is important to note that not all Muslims believe terrorist violence is appropriate.

My second point, however is that even given the divergence of opinion within Islam, Christianity and Islam believe very different things, including very different things about peace and violence. Even if you look at the Old Testament Christian Scriptures, the Christian Bible simply does not have texts that can be used to justify violence in the way that Islamic texts can be used. Those who imply that all religions are the same can only make such a claim by failing to look at what different religions teach. For example, we might look at the origins our two religions, and note that the Lord Jesus was a rabbi, a teacher; but Mohammed was warlord. The followers of Mohammed claim that his victories in battle are the sign of God’s approval. The followers of the Lord Jesus claim that His healing the sick and His rising from the dead are the signs of His Divine Power.
This said, we need to be humble enough to acknowledge that many Christians have not been true to what Christ taught, many who CLAIM to invoke the name of Jesus have abused His religion to foster, as Pope Francis put it last Sunday, "violence and hatred"(15th Nov 2015). Our religion allows war in self-defence; our religion does not allow many of atrocities that have been committed in its name.

My third point, however, is to focus this on the matter of what today’s feast of Christ the King tells us. The point is this: What sort of king is Christ?
He is a king who allows Himself to be WEAK -He reaches down to us in our weakness and shares in our state. As we heard in our Gospel text, “my kingdom is not of this world”(Jn 18:36) -He allowed Himself to be arrested, tortured and crucified. Islam finds the display of God weak and crucified on a crucifix to be blasphemy. Christ, in contrast, says that this is what shows the depth of His love: that He laid down His life for His brethren (Jn 15:13); that He allows Himself to be weak for our sake.
He is a king who SHARES His kingship with us. As we heard in our first reading, He has “made us a line of kings”(Rev 1:6). The word, “Islam”, means submission, and its followers are “slaves” of Allah. Christ, in contrast, called His followers His “friends”(Jn 15:15).
He is a king who FORGAVE from the Cross, forgave from His position of weakness, saying of His killers, “Father, forgive them…”(Lk 23:34) -and in our hearts we must be willing to forgive, even the Paris attackers.
Finally, let us not forget, I the wake of such horror, that His kingship is “ETERNAL”, it “shall never pass away”(Dan 7:14) -as we heard in our first reading. If media reports make us fear hordes flooding into our nation to attack and overwhelm us, then we must not lose hope: His kinship will never end, and those who hold true to our weak, loving, forgiving king, will share in His “eternal sovereignty”(Dan 7:14).

To sum that up: Not all Muslims are terrorists; many Muslims believe such attacks are abhorrent.
But Christianity and Islam are not the same: We worship a Christ who allows Himself to be weak, to share His Kingship, who loves, who forgives, but whose reaching down to us does not alter His power, and whose allowing Himself to die does not change the eternal nature of reign.
Posted by Fr. Dylan James, Catholic Priest, dual American-British citizen at 00:05