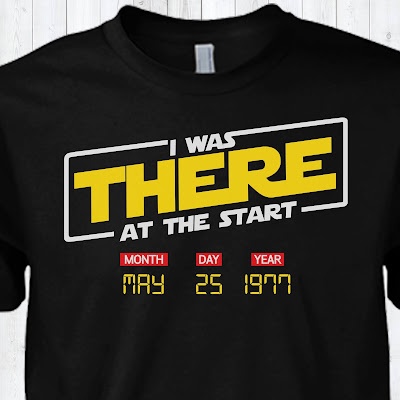 I want to say a few words about Christmas, Star Wars, and Jesus.
As most of us are aware, the new Star Wars film was released this week. And it's been wonderful trip down memory lane for me, because the very first film I can remember be taken to see as a child was Star Wars, the original. I remember queuing up for what seemed like hours –it was a great cultural and personal moment!

For those of you who don't know, or don't remember:
In the Star Wars movies, “The Force” is the life, the energy pervading the whole galaxy.
And the power of the Force is used by experts in it, Jedis and Siths.
Some people think that God is like that: He’s a kind of energy out there. A vague and unknowable thing.

What, in contrast, do we recall at Christmas?
At Christmas we recall that a child was born at Bethlehem 2000 years ago.
At His birth angels appeared to shepherds and heralded His birth, and those shepherds went and worshipped the new-born king, laid in a manger (Lk 2:8-20).
A star appeared in the sky and wise men from the East came likewise did Him homage (Mt 2:1-12).
Nine months earlier the Angel Gabriel had appeared to a virgin and told her she would conceive by the power of the Holy Spirit, not by man, so that the child would be “the Son of the Most High” [i.e. of God] (Lk 1:32)
And when that child grew up He worked miracles, gave signs, and taught profound wisdom.
He claimed to be the Lord God Himself, and when He was put to death for this claim He rose from the dead, manifesting that He was indeed God come down from heaven.
And He said to His disciples that He called them “friends”(Jn 15:15) -in His very self the Lord God almighty, the creator of heaven and earth, had reached down to us in our human state, taken human flesh, become one of us, and enabled us to know Him, and relate to Him, such that He calls His followers His “friends”.

So, while I’ve been very excited this week at the release of the new film, I’m also very clear that it is fantasy not reality.
What we recall at Christmas, the birth of God as a baby 2000 years ago, reveals what God is like:
He is personal;
He loves you;
He knows you.
And He has taken visible human form in Jesus Christ so that we might know and love Him too.
Posted by Fr. Dylan James, Catholic Priest, dual American-British citizen at 00:30