Forgiveness is a Choice, 24th Sunday in Ordinary Time, Year A 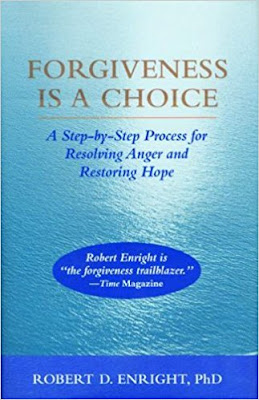 First misconception. Forgiving someone doesn’t mean saying that what they did didn’t matter, it does mean saying it’s “alright”, and it’s doesn’t mean making excuses for them.
When the Lord Jesus hung on the Cross, as the Gospels record, He offered His forgiveness to His murderers. He didn’t ignore their crime: they’re were committing the greatest evil in human history: they were rejecting and killing God. Yet, He freely chose to forgive them.

Second misconception. Forgiveness is not a feeling, rather, it is a decision.
I must choose, in my will, to forgive the person who has hurt me, long before my emotions have caught up with that. I may still feel anger, but forgiveness is a choice, not an emotion.
I must CHOOSE to forgive.

Third misconception. Forgiveness is not the same as reconciliation.
Sometimes I must forgive my brother even though there is no realistic chance of us coming to harmony and talking to each other happily. Yet, my decision toward him but be one of forgiveness.

Fourth misconception. Forgiveness is rarely over in an instant, rather, it is often a long process involving many stages. Often I must renew my decision to forgive daily. I must, repeatedly, look at the evil that has been done to me and at the person who has done it, and say, yet again, “I choose to forgive”.

But why? If it’s so hard, WHY must I forgive?
Well, most importantly, because Jesus commands it. He commands it so emphatically that He says we will not be forgiven ourselves unless we forgive others.
We might also note the logic of this: I need forgiveness for my own sins, so I have no right to refuse it to others. If I say, “But my sins are not as big as the sins of this person against me”, well, I then seeking justice not mercy. And if justice is what I want, then justice it what I will get: condemnation, not salvation.
The Lord make this point so often that I could fill the entire length of Mass by citing the occasions.

Let me close, however, by offering a more human motive for forgiveness:
When we fail to forgive then we deny ourselves the possibility of inner healing.
Often we can see the evildoer merrily continuing on. He doesn’t seem affected. But unless I forgive I can’t let go. I cling to this event. Unless I forgive it will continue to weigh me down and afflict me.
If I forgive, however, a path to a new life is open to me.

Some significant recent books have been written on the healing power of forgiveness. I would like to commend to you one in particular, “Forgiveness is a Choice”, by Robert Enright
We have a few copies for sale in the porch.