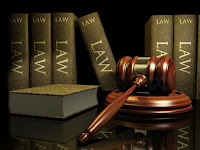 Mt 5:17-37; Ecc 15:15-20; Ps 118; 1 Cor 2:6-10
I want to say a few words today about why the law that we Christians follow is a better law, a law that we should be happy to follow.
Now, it may be that you don't think of yourself as following a "law”, but actually, every way of life has some form of "law" that embodies it:
a golfer plays golf according to the rules of golf, according to its laws;
the driver drives his car according to “The Rules of the Road”, or Highway Code;
within every family: every family has certain ways of doing things, places that things get kept in the kitchen, chores that are either shared or the responsibility of a certain individual -and if you visited, or if you live in, a house where there seem to be no agreed "rules", then that is actually a way of living, a "rule" in itself!

But some sets of rules are more important than others. In particular, religious rules. Every religion embodies a different philosophy, a different way of living, or, as we heard St Paul say in our second reading, a different "wisdom"(1 Cor 2:6). Some religions express the way of life they call for in very precise rules, while some do not. We know that the Jews of our Lord's time had very precise rules about ritual washing: “For the Pharisees, and all the Jews...when they come from the market place, they do not eat unless they purify themselves; and there are many other traditions which they observe, the washing of cups and pots and vessels of bronze”(Mk 7:3-4) etc.

What governs the rules that we Christians live? The answer to this question is what we heard articulated by the Lord Jesus in today's gospel. We know from other occasions and other texts that He was very critical of the Pharisees, that He was critical in particular of their approach to the law. The Pharisees had surrounded the Law of Moses with a great many other laws, laws that Jesus condemned because He said they actually AVOIDED the purpose of the law (c.f. Mk 7:1-13).
Jesus said that He had come to "complete" or “fulfil” (Mt 5:17) the law. The virtue that He calls us to is one that He says goes "deeper"(Mt 5:20) than that of the Pharisees. And He illustrates this with a series of examples. In each example He quotes a law and then indicates a "deeper" more fulfilled practice of the law. “You have heard it said of old... But I say to you...”.

I want to make an observation, however, about the greater depth that Jesus calls us to: the greater depth He calls us to is a TOUGHER law to follow, but a BETTER law, a law we should be even HAPPIER to follow. There are many ways of life, many philosophies of this world, many sets of rules, that claim an easier way of life, but they are ultimately not as convincing as the "rules" that Jesus calls us to.
Jesus says it is not enough to not “kill” your neighbour, you must not be "angry" with him either. He says it is not enough to avoid physically committing "adultery", you must avoid “looking” with lust. And further examples that He gave in the Sermon on the Mount and that we will hear in following weeks all point to an "deeper" living of the purpose of the law.

Obviously, in the short term, to avoid killing is much easier than to avoid anger.
Obviously, what Jesus is calling us to is something tougher.
But, it does not take much reflection to see that what He is calling us to is exactly what He says it is: a more "complete", “deep”, “fulfilled” living of the purpose of the Law.

To return to my opening observation: every way of life is embodies in some form of "law". But the law that Jesus calls us to is a better law, a law we should be happy to follow.
Posted by Fr. Dylan James, Catholic Priest, dual American-British citizen at 00:11