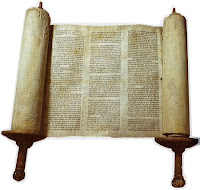 Neh 8:2-6.8-10; Ps 18; Lk 1:1-4; 4:14-21.
If I was to stand here and try and think about would be the most BORING thing I could possibly preach to you about then there would be a number of competitors for the post. But, pretty much top of the list would be the subject of the LAW. After all, you might say, who wants to be told about the importance of a bunch of things we cannot do and a bunch of things we must do? A worthy topic perhaps, but not an interesting one.
Now, if you look at this from a historical perspective, if you compare this to the attitude that the Jews of old had towards the Law, compare this to the attitude that the people living in and around Jesus would have had to the Law, it was all VERY different. To the Jews, the Law was EVERYTHING.

To the Jews, the Law gave them their identity. What gathered them and made them a people? What gave them a code of life and behaviour that set them apart from the gentile nations? It was the Law. God hadn’t just called them out of Egypt and given them the Promised Land, He had also given them a way to live. Without this they would have just blended into the nations and cultures around them.
So they delighted in the Law. To use a phrase we just heard from the Scriptures, a phrase that is probably rarely on OUR lips, the Law was something that "gladdened the heart": "The precepts of The Lord are right, they gladden the heart"(Ps 18).

Now, let us take a step back a second and think why it is that WE in our MODERN world think that law is such an awful thing.
Our modern world values freedom and individuality, thinks that it is abhorrent to have someone else tell you what to do or how to live. “You’re not the boss of me. I’m the boss of me” –as the saying goes.

Small wonder then that we find, as we heard in today’s Gospel, the Lord Jesus engaging in the practice of His fellow Jews and reading from the Scriptures, from the Law, on the Sabbath day in synagogue “as He usually did”(Lk 4:16). Those Scriptures, we know, He came to fulfil and complete. That text we heard Him read out from Isaiah was one of the classic texts that the Jews of old pondered as they considered what the promised Messiah would bring them. He fulfilled that text. He fulfilled the whole Law.
And, as we know, in many ways He changed the Law. A change that brought it to its completion, a change that fulfilled rather abolished it (Mt 5:17). The Law that Christ gave us does EVEN MORE TRULY what the Law of the Old Testament did:
To quote some phrases from today’s Psalm (18), the Law is:
“spirit and life”
“it revives the soul”
“it gives wisdom to the simple”
“it gives light to the eyes”
it is “truth” and “just” and “right”
No wonder then that “the precepts of the Lord… gladden the heart”.