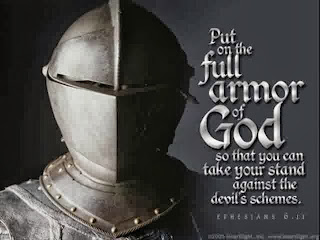 1 Tim 6:11-16
As I think you all know, I’ve just been away on our parish pilgrimage to Rome, and it was a fantastic week, visiting all the holy sites we’d planned, with glorious weather, and good company! And I want today to say a few words picking up on our second reading with St Paul’s admonition to Timothy to “fight the good fight”(1 Tim 6: 12) –because it’s an image that was very much before us when we were thinking of the martyrs in Rome.

We saw the Circus Maximus where the majority of the martyrs of ancient Rome faced their final struggle, where many were eaten by lions or torn apart by beasts. Where the Emperor Nero set fire to Christians so that their bodies would be burning torches to light his palace. We went out to visit the grave of St Paul, not far from where he was beheaded. And we saw the obelisk where St Peter was crucified upside down. All of these sites reminded us of those who had “fought the good fight” when it was much tougher than it is for us today in England.

We might well wonder how we, ourselves, would cope in such a trial. We know of course, as St Paul says elsewhere, that “His grace is sufficient for me”(2 Cor 12:9) –so that we can be strong with Him in a way that we cannot be strong alone. He gives us the strength that we each need for our particular trials, such that as St Paul says elsewhere, “He will not let you be tempted beyond your ability, but with the temptation he will also provide the way of escape, that you may be able to endure it.”(1 Cor 10:13).
In today’s reading, however, St Paul strengthens Timothy with a twofold motivation: “the Appearing” of the Lord Jesus. That Appearing had occurred once in humility in Galilee: being born, dying, and rising. The final Appearing will be in glory, at the Second Coming. The first appearing proved who He is, the second appearing is the promise to lead us on.

What of us, now? Do we realise that to be a Christian is to “fight”?
You are I are not being called to be martyred in Shaftesbury, but we are being called to “fight”.
I am being called to conquer MYSELF: my impatience, my laziness, my selfishness is not giving enough to the poor, my gluttony, my lust, my complaining about my cross, my grumbling and moaning and thinking about myself rather than about loving my neighbour.
If I don’t conquer myself, master myself, then I’m just defeated by my own selfishness.
All of these small mundane things are part of that same on-going battle that Christians have ALWAYS been fighting against “the world, the flesh, and the devil”(c.f. 1 Jn 2:16; Eph 2:1-13).
And, if you and I are not fighting, then it’s because we’ve already lost. In which case, we need to get with the program, get into the battle.

St Paul told Timothy, as he thus tells us too, of “the duty of doing ALL that you have been told, with no faults or failures”, and it’s not easy doing so, it’s a battle.
But like the martyrs of ancient Rome, and the Christians martyrs suffering today in Egypt, Syria, now Pakistan, and elsewhere, we do not “fight the good fight” alone.
We are in the same battle that they were in and are in.
We, like them, look to the same victor in the war: Christ, who triumphed in the Resurrection, and will be shown triumphant in His final Appearing.
And we, like them, have the promise of a share in the same crown.
But only if we wake up and join the battle.
Posted by Fr. Dylan James, Catholic Priest, dual American-British citizen at 00:05