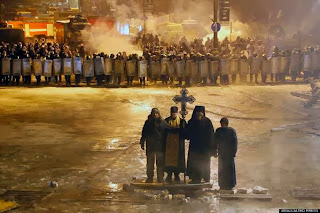 Let me note three things, however. First, the divisions within Christianity are often exaggerated by our non-Christian critics. Yes, they are real. Yes, they are problem. But when unbelievers point to them and say things like, "Religion is the main cause of wars in human history”, they exaggerate to a point that has lost touch with the facts. Don't look at it now, but I've included in the newsletter an article summarising some statistics (that you can check further online) that indicate that actually the vast majority, 93%, of all wars have not been about religion. 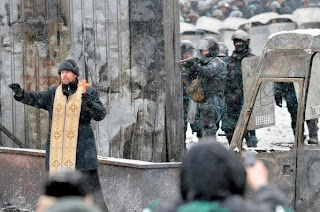 Second, it is religious figures more than any other that are the forces for peace and reconciliation in human history. We might think of old figures like St Francis of Assisi, but I was very struck this week by the repeated media photos of priests in the Ukraine positioning themselves between the guns, and praying for peace. 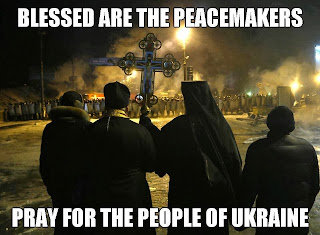 So, to bring this to a focus and conclusion, this is why, far from being a cause of division, God is the One we need to turn to, above all, to heal our divisions:
To have, as little ones before Him, the humility to put other people before ourselves, rather than put ourselves first -which is the source of so much human division.
To have, as little ones before Him, the detachment to let go of pet peeves and ideas and preferences that we can often most clearly recognise as small when we place them before the Almighty.
To have, as His inner gift, the love to care enough about the OTHER rather than the self that we enter into dialogue and LISTEN to the other.
Whether the divisions at issue are social, political or religious, this is why being at union with God is a heart of any lasting solution to be in union with each other --far from religion being the enemy of peace, religion is its only solid foundation.