Talking to Strangers on the Tube, Trinity Sunday 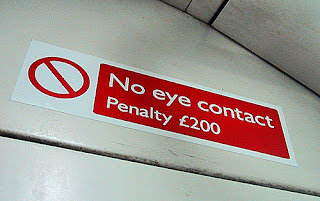 When I walk down the high street in Shaftesbury I nod and say, 'good afternoon', to people. But, like most of us, I sometimes have to go up to London, and go on the Underground, where things are very different. Even though you’re surrounded by hundreds of people there is an unspoken law that you do not talk to strangers and offer a cheery ‘hello’, that you do not even make eye contact.
And while part of this is a response to the pressure of city living, a large part of it is influenced by our modern individualism –everyone lives in their own separate unrelated world. 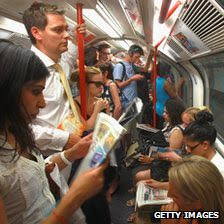 I was thinking about this as I was preparing the sermon for today, for Trinity Sunday, because I was reading an old book by Frank Sheed, the famous apologist of the mid-20th Century, and he wrote about how he was chatting to a stranger on the London Underground, and I thought that things must have been very different back then!
The person he was talking to was telling him, with great interest and excitement, about all sorts of interesting talks on Catholicism that she had attended, talks organised by the organisation that Frank Sheed himself had set up, ‘The Catholic Evidence Guild’. And she was off to attend a talk that very evening. And so he asked her what the talk was about. And he recalls that at that moment the excitement left her voice, and the joy left her face, but she gritted her teeth and with courage and determination said that she was going to a talk about the Trinity. That, he concluded, must be what people think about the Trinity: something you endure with gritted teeth. 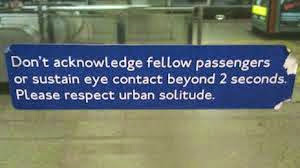 Well, as I said, today is Trinity Sunday. And it falls to me to preach about the Most Holy Trinity! So, what shall I say?
In past years I have preached about what the doctrine of the Trinity tells us about God. He is one, and He is three. He is personal, three loving persons, not just some vague indistinct life-force -He is personal and loving in His very inner life.
This year, however, I'd like to say a few words about what the doctrine of the Trinity tells us about OURSELVES. Let us remember that we are made in the image and likeness of God. And, more specifically, we can note that it is this TRIUNE God in whose image and likeness we have been made. So, if God being Trinity tells us about God, it must also tell us something about ourselves, about what it means to be human.

To return to the London Underground: The Tube is a good symbol of modern living. Our modern world is dominated by a sense of individualism, of being private, and certainly of not talking to random strangers on the Tube! Other people are an intrusion in my space, an intrusion on my rights.
In this individualistic world people obviously realise they don't want to be lonely, but we tend to think of others as of only being of significance to us in as much as we CHOOSE to make them so, choose to have them as friends, choose to relate to them in various ways. Rather than thinking that we are INHERENTLY related in some manner that exists even before we recognise it and choose to acknowledge it.


Let us think of our Triune God again. He is not alone. He exists always as three persons. As our Faith teaches us about Jesus Christ, the one eternal Word, the eternal Son of the Father, "there was never a time when He [the Son] was not". And likewise with the Holy Spirit.
And these three persons exist in an eternal relationship of love. Such that God can never be alone in Himself, never be lonely. Each of those persons is ALWAYS in relationship and HAS ALWAYS BEEN in relationship. 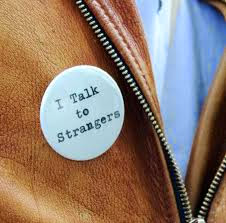 Now, if we are made in that image, then it means that we are not made to be solitary beings. Even the prayerful hermit living in solitude, living in a PHYSICAL isolation, cannot be living in a SPIRITUAL isolation. Rather, the hermit must be loving the world and praying for the people in the world even while withdrawn from it physically.
And, those of us who do not have that rare vocation to be a hermit, we are all the more obviously and directly called, in our very NATURE to love and relate to the people of the world. And, even if we’re not avoiding talking to people on the Tube, we can still be thinking and relating to them as people we are inherently related to: we are all made in the communal interpersonal nature of the one Triune God.
Posted by Fr. Dylan James, Catholic Priest, dual American-British citizen at 00:05