listen to ‘Corpus Christi, Year B’ on audioBoom 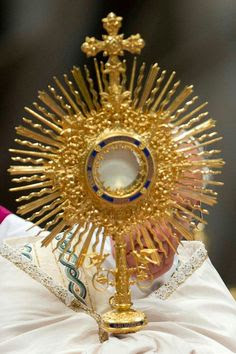 Mk 14:12-16.22-26; Ex 24:3-8; Heb 9:11-15
This evening, I’d like to consider our feast of Corpus Christi from a slightly tangential angle, by noting something that we can see in both our first reading and Gospel text, namely:
The PREPARATIONS that went into the First Mass, and before it, into the ritual of the Old Covenant.

There is a popular notion that the Last Supper, the meal at which the Lord instituted the First Mass, was a cozy family-style gathering. Such a concept focuses on the word, ‘supper’.
However, as a matter of history, this coziness is not well-founded as an image, because actually the Passover meal was not just an ordinary meal:
It had ritual and structure, with a series of 4 ritual questions and answers that governed and patterned the meal so that it became not just a meal but a remembrance of the first Passover when the Jews were rescued from Egypt.
It also had dignity, so it wouldn’t have been any common cup that the Lord used for the First Mass, but rather something like the precious metals we use in a chalice for Mass still today.

We see an indication of this in the narrative we heard read in our Gospel text. In that account we can note that:
(1) the meal was not just spontaneous, but was prepared, and the Lord sent two disciples ahead of the group to “make the preparations”(Mk 14:15);
(2) it was prepared with fine and noble things , not just common ordinary things, so the Lord referred to it being “furnished with couches”(Mk 14:15).

We might also note the comparison that it given to us in our first reading, with the ceremonial institution of the (old) Covenant, that we can similarly note, was:
(1) precisely prepared, with the commands of the Covenant laid out in writings,
(2) done with dignified material things: an altar built, and 12 standing-stones;

Now, obviously, the particulars of those two rituals are not the same as the Mass, but they point to what we also need to do in the Mass:
(1) We need to prepare;
(2) We need to use fine things, as we do with vestments, chalices of precious metals, and carefully planned ritual and prayers.
But the real preparation, and the real “fine things” that we need for this Mass and every Mass, are the “fine things” of a purified soul and attentive mind.

What is available to us is the Mass, in the sacrifice of the New Covenant of Jesus Christ, vastly supersedes the gift of the Old Covenant. As we heard St Paul say in our second reading, it is not the blood of goats or heifers but of Christ Himself that makes the New Covenant. And what we are fed with is not the passing Manna that fed the Israelites in the desert but the true “Bread of Life” that it the Lord Himself.

At the end of Mass today we’ll worship the Lord, exposed for Adoration on the altar.
We’ll then be blessed by the Lord, in the Benediction of His Eucharistic presence.
Let’s make sure that we prepare for that by (1) attentive and (2) contrite hearts, hearts open to Him, hearts aware if the greatness of the gift He gives us, the gift of Himself.
Posted by Fr. Dylan James, Catholic Priest, dual American-British citizen at 00:30