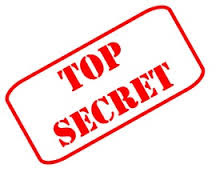 Now, you might think that of all the secrets He might have told us this one isn’t one you’re very excited about. Couldn’t He have told us the secret of preventing baldness? That’s a secret I get more interested in ever passing year!
No. Instead He came from heaven to earth and told us He is a Trinity. In fact, this is the FULLNESS of revelation that He was building up to through all the Old Testament leading up to Jesus.
Many of us, however, aren’t too excited about this secret. People say, or imply, words to the effect of, “God existing, I understand that. God being one, obviously. But why couldn’t He have kept it simple? Why bother with this Trinity stuff?”
Why?
Because He wanted us to know HIM, His inner life.

So, what has He shown? What is the secret now revealed?
First, that God is one, and there is no other. Our first reading today is a reminder of that, the central revelation of the Old Testament. “The Lord [i.e. the God who had called and chosen the Jews] is God indeed…. He and no other”(Deut 4:39).
And even when He says that He is three, He is nonetheless three in such a way that they are nonetheless one. Thus our Gospel text today recalls the formula for baptism given us by the Lord: We baptize in “the name” [singular, one, not “names”] of the “Father, and of the Son, and of the Holy Spirit”(Mt 28:19).

But, He is is also truly three.
The Lord Jesus, the long-awaited Jewish Messiah, when He came, proved His authenticity by His wisdom, His miracles, and His rising from the dead. And those mighty deeds testified to the truth of His otherwise-outrageous claim:
This man claimed to be God, claimed that,
“The Father and I are one”(Jn 10:30);
and that, “To have seen me is to have seen the Father”(Jn 14:9);
That He has made the inner life of God known.
That when we look at Jesus we see what God is like: He is loving, He is merciful, He is wise etc.
In Jesus we SEE the “image” of the invisible God (Col 1:15).

More, and this is the real thing, that is also the tricky thing:
He has revealed that God is RELATIONSHIP. That God is love even WITHIN Himself.
As G.K. Chesterton put it: If “God is love”(1 Jn 4:8), as Scripture says He is, then who did He love before the creation of the universe? Before the creation of angels and humans? (Chesterton, The Everlasting Man, Part Two, Chap 4, ‘Heretics’)
What the Trinity teaches us is that there are three persons loving each other, loving each other from all eternity, even before our creation. Father, Son, and Holy Spirit. And so we can meaningfully say, “God is love”.
The mystery made known is therefore this:
God is not some lonely, isolated, solitary individual.
Rather, He is love, relationship, communion, even in His very self. Three persons in an eternity of love.
And He has made US to share in that love.

And knowing that is a great secret. Even greater than the secret of the cure for baldness. To know that I am made to love, because I am made in the image of a loving Triune God.
Posted by Fr. Dylan James, Catholic Priest, dual American-British citizen at 00:05