listen to ‘15th Sunday in Ordinary Time, Year B, audio 11am’ on audioBoom 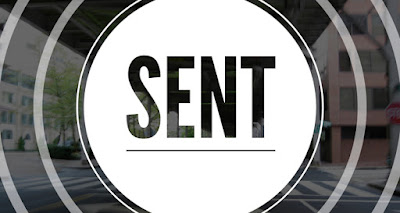 Mk 6:7-13; Amos 7:12-15
At first glance, the Gospel text for today would seem to be very unrelated to the life of a normal parishioner. But I want to point out that we can make some important applications to ourselves.

In the text, the Lord appointed the Twelve and sent them out with authority over devils, and told them various things not to take with them, no bread, no coins etc.
In addition, we might note that they were not expected to be welcomed: they were given instructions on how to respond when they were rejected, namely, to shake the dust from their shoes. This has been the typical lot of many of those sent by the Lord, as we heard with the rejection of the prophet Amos in our first reading.

What does this have to do with us? What comparison can we apply to our own lives?
First, the notion of being sent.
While we might feel that we have carved out our own pathway in life, actually, the Lord has had a plan for us. Even if we have got to our present situation by sin and repeated vice the Lord nonetheless is able to works His plans even through this, through what theology calls His “permissive will” -He permits certain evils in order to draw greater good out of them, and His plan for us marks out a path, even when the path seems very crooked when viewed from our angle.
Whatever our state in life, there is a sense in which we are called to it, or to turn the angle around, sent to it.
Am I sick? Well, I can say that I am being sent to carry this with patience and love, and with offering it up for the benefit of others.
Am I in sin? The primary “devils” I am being appointed to cast out are those in my own heart. I am “sent” to this task.
And your job. In this too you are “sent”, sent to do it well, to do it for God’s glory.
Whatever our state, there is sense in which we are sent to it by the Lord.

Second, we might note that we are called to not live a life of worldliness. Pope Francs is frequently reminding us of this, as he did in his recent encyclical: that we are to live in this world in such a way as to not be overly-attached to the things of this world.
Thus the injunction to carry no coins, no bread, no haversack, has a symbolic meaning for all of us.

Third, and lastly, He supports us in the task He sends us to.
The Gospel text notes that He worked miracles supporting them as they were about their task: devils were cast out; sick people were cured.
For us, too, the Lord is working for us, supporting us in whatever He has sent us to do.
And as a final aspect of this, let us note the fact that He supported the Twelve by sending them in pairs -they were to have the support of another. And WHO is the ‘other’ that is paired with us in whatever are sent to? Surely, in its deepest sense, it is the Lord Himself, by my side.

So, to sum that up. We are each “sent” to our state in life, to live it well, to live it in love, to offer it up God’s glory. We are to live in an un-worldly manner, even as we are sent through this world heading to the next. And third, He supports us in our task, He is the ‘pair’ by my side.
Posted by Fr. Dylan James, Catholic Priest, dual American-British citizen at 00:05