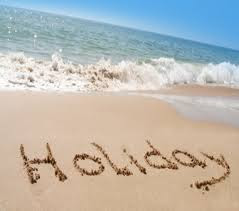 Like anyone else, I need time to rest to recover from work. As you probably know, I’ve just been on retreat and then on holiday, restoring both my soul and my body. And, with the school holidays about to begin, families all across the UK will be heading off to different places to have a vacation.
But there can be an easy mistake to fall into with such times, namely, to think that it is a sort of selfish “me-time”. And, of course, a real danger with this is that our selfishness can ruin a whole holiday, so that we return in need to another break again!

In the Gospel text we heard today how the Lord Jesus acknowledged His apostles’ need of rest: “He said to them, ‘You must come away to some lonely place all by yourselves and rest for a while’.”(Mk 6:31).
This isn’t the only time we hear such a thing of the Lord. The Gospels often record how He Himself would often get away from the crowds early in the morning, to go to pray.

So, they needed rest.
And the Lord took them away to get some rest.
But, the people ruined the plan:
When they crossed the lake they found that “people [had seen] them going, and many could guess where”(Mk 6:33), and there was a crowd of work waiting for the Lord and the apostles when they got off the boat.
The Gospel text doesn’t tell us how the apostles reacted. I’m pretty sure they were disappointed, maybe annoyed.

The point I wish to draw your attention to, however, is how the LORD reacted:
Not annoyed, not disappointed, rather, “He had COMPASSION on them [the crowds]”(Mk 6:34).
The Lord’s outlook in life was so other-focused, so focused on the needs of OTHER people rather than Himself, that even when tired and in need of rest He STILL managed to stretch Himself even further to serve others.
This is a HARD lesson for us to learn.
But, if we can take it on board, it can help change and IMPROVE the way we rest.
If our rest has a ready WILLINGNESS to be interrupted, a willing ACCEPTANCE of still being attentive to others, then:
Firstly, we won’t have the IMPATIENCE and irritability that accompanies a selfish ME-time.
And, our rest becomes part of a more big-hearted and content approach to life.

Life’s not all about me.
And even my time of rest isn’t all about me.
So, whether we’re on holiday,
Or on a day out
Or taking a stroll through the town,
We too need to be other-focused, like the Lord, who “had compassion on the crowd” -even when they interrupted His vacation.
Posted by Fr. Dylan James, Catholic Priest, dual American-British citizen at 00:05