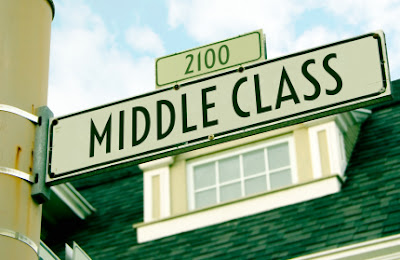 Josh 24:1-2.15-18; Jn 6:60-69
The Gospel text and today’s first reading give us two of the most powerful Scriptural accounts of choosing for or against the Lord.
In the Gospel we heard how the people WALKED AWAY from the Lord Jesus. They had heard Him give His promise to feed them with His flesh in the Eucharist and they said, “this is too much, who can accept this intolerable language”. And they walked away. Walked away from the Lord, right there before them.
In the first reading we heard of Joshua, who succeeded Moses in the Old Testament. Joshua was the one who led the Jewish people into the Promised Land. And he told them that they had to choose: in this NEW land would they follow the gods of that land, the false gods of the Canaanites etc, or would they hold with the one true God, the God who had rescued them from slavery in Egypt, led them through the Red Sea waters, feed them as they wandered in the desert, and finally brought them to this new land?

WHO would they choose to follow? Joshua said, “As for me and my house, we will serve the Lord” (24:15)
And all “the people answered, ‘We have no intention of deserting the Lord’ ”(Josh 24:16)
The truth, however, as the years ahead would show, was that the people were repeatedly unfaithful to the Lord, constantly mixing a bit of worship of the true God with a bit of worship of the pagan gods.

When we read the Old Testament the need to be faithful to the ONE God, and to not mix it up, and to not serve false idols, is a continual refrain. It is the FIRST of the Ten Commandments that God gave them, “You shall have no false gods”. And yet it was a commandment that He had to repeat to them many times. They served false gods (1) by sacrificing to them, and also (2) they served false gods, as the Old Testament prophets protested, by serving the false idols of money, gluttony, and sexual immorality. And the Lord Jesus would later put it, “You cannot serve both God and money” –you have to choose.

The question I would have you consider today is this:
Which are the false gods you are most frequently tempted to serve in your own life?
Let me suggest two:

First, “the god of being middle class”. This god manifests himself in the pursuit of a certain lifestyle, with defining your life, and defining the success or failure of your life by whether you meet certain middle class criteria, rather than defining the success or failure of your life by whether you live the life the true God calls you to.
This might manifest itself in your concern about your house, or your car, or the school your child goes to, or the exam results your child obtains.
In this and other concerns do you think of them asking by yourself (1) whether you are achieving the middle class dream. Or, (2) do you ask yourself what God would be asking you: have you used the talents He gave you to full effect, but then been humble and content with the results that came.
The middle class god is, I suggest to you, the dominant false idol of Shaftesbury and we need to ask if it is him we serve, or the real God.

Second, a very different god, another god who is much around in this land: “the god of non-commitment”. I hear what the Bible says, what the Church says, and I just don't commit. Non-commitment is another dominant idol of our day: not hostility to the Gospel, but a refusal to engage one way or the other.
Does this God rule your life? Is that where you offer your worship?

To conclude, what are we to do if we realise we have been serving a false idol, either one of these two or another?
Well, the true God, the God who is worshipped in THIS shrine, is a God who offers us many second chances. He has manifested His authenticity in His miracles, His deeds, His gracious words in Scripture. And as often as we turn back to Him with sincere hearts, He will accept us.

So, hearing the call of Joshua, “choose this day who you will serve”, let us make the words of Joshua our words too: “As for me and my house, we will serve the Lord”.
Posted by Fr. Dylan James, Catholic Priest, dual American-British citizen at 00:05