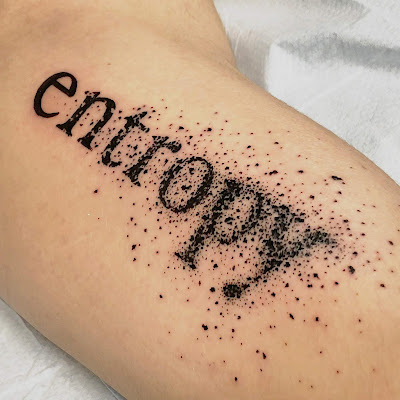 Mk 13:24-32; Dan 12:1-3
Many years ago, when I was a schoolboy, I can remember learning about the Second Law of Thermodynamics, about Entropy, discussing it with a friend, and getting thoroughly depressed.
For those of you who can’t remember your physics, “entropy” basically means that the entire universe is levelling out, or winding down, like a battery running out -there is an end coming that cannot be avoided.
When you’re young, and you think you’re going to live forever, the physical certainty of a coming “end” feels very unwelcome.
Many people feel similarly when they hear the Lord Jesus speak about the End of Time. However, there is a point I want to make to you today, and it is this:
The Lord’s teaching that Time will end is truly “good” news.

We’re now approaching the end of the liturgical year, and every year, at this moment, the Church reminds us that not merely the year, but time itself, will come to an end.
The Lord Jesus, as we heard in today’s Gospel text, tells us that He is going to come again, “coming on the clouds with great power and glory”(Mk 13:26). This is something He taught a great many times and it’s a PIVOTAL part of His message.

There are some people who think that this world is all there is to live for. For such people, to be told that this world will end is bad news. Their money will end. Their clothes will rot and decay. Their house will eventually collapse. Even their bodies will crumble to dust.

Many people think there is NO purpose to life, that it is a random sequence of events.
One of the biggest reasons why people think life has no purpose is the presence of suffering.
It’s thus very significant that the Lord Jesus almost always situates His prophecies of the End in the context how we are to BEHAVE in the midst of suffering, in particular, in the midst of the sufferings that will characterise the End Times. A Christian is NOT to be SURPRISED at suffering in his life: sufferings WILL come, but there is the promise of something else too.

The focus of our readings this year is PRECISELY on the promise of what is to come in the End Times.
Thus we had the promise in the prophecy of Daniel, which announced that, even though “there will be a time of great distress”(Dan 12:1), nonetheless, “your own people will be saved” (12:1), the just will rise “to everlasting life”(12:2) and “shine… as bright as stars for all eternity”(12:3).
While in the Gospel we heard the Lord Jesus promise that, “after the time of distress”(Mk 13:24), He will send his “angels to gather his chosen from… the ends of the world”(Mk 13:27).
There is a promise of something BETTER to come.

Entropy, the Second Law of Thermodynamics, no longer fills me with sadness. I love this world, but I’m happy to hear of the promise that it will pass away.
Posted by Fr. Dylan James, Catholic Priest, dual American-British citizen at 00:30