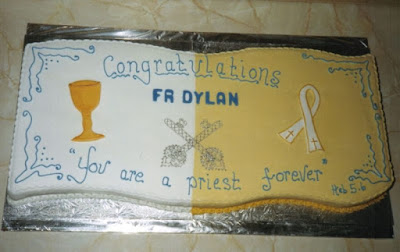 Lk 21:25-28, 34-36
This Sunday I’ll have been a priest for 20 years, I was ordained in 1998.
In that time I’ve thought many times about the Second Coming of Christ, which is the theme of our readings this first Sunday of Advent.
I was ordained just before the year 2000, the turn of the Millennium, and there was much buzz then about the End of the World, would the year 2000 be the time - would it be soon?
I’ve read many internet posts about ‘signs’ of the Second Coming, many details of the book of Revelation supposedly being fulfilled RIGHT NOW. I’ve read about how Pope John Paul II, who was pope when I was ordained, spoke often about the “acceleration of history”, about the ever-more-rapid pace of change in society, and people speculated that this is all heading to a conclusion, soon: Christ will Return.

As I noted two weeks ago, while the Second Coming fills some people with fear, nonetheless, it’s supposed to be a thing of HOPE. Thus our Gospel text says today, “your LIBERATION is near at hand” (Lk 21:28).
BUT what should we do if we FEAR His final coming?
Well, there is an obvious way to be READY for His Second and final coming, and that is to welcome His coming, already, TODAY.
The saints speak of three comings of Christ (St Bernard, Office Readings Advent Wk 1 Wed):
2000 years ago in Bethlehem in humility, at the end of time in glory,
and now, every day that we welcome Him into our hearts.

Thinking more specifically, let me note a parish priest’s PRIMARY purpose:
Many people might guess this wrong: if I was to ask everyone here what they thought the Church taught was a parish priest’s primary purpose, what would you guess?
It’s not to offer Mass, though I do that every day, 9 times this week.
It’s not to visit the sick, though I do that often too, 3 times this particular week.
My PRIMARY purpose, according to Vatican II (Pres Ord n.4), according to encyclicals of the 20th century before the Council (Acerbo Nimis, n.7, 10, 11, 12), according to the Council of Trent (Sess. V, cap. 2, De Reform.; Sess. XXII, cap. 8; Sess. XXIV, cap. 4 & 7, De Reform), my primary role is:
Is to TEACH and PREACH, to proclaim the Gospel, to make Christ present by preaching of Him.
And my secondary role is to do that, in particular, in formation of youth.

And as a priest, it has been my great JOY over the years to witness many occasions when people have heard of Him and ACCEPTED Him, when He has been presented to them and they have let Him COME into their hearts and lives.
And, I say this to you today, as an ADVENT focus:
If we are to prepare for His coming for Christmas,
If we are to prepare for His coming at the End of Time,
Then, we need to welcome His coming TODAY.
He comes in the sacraments: the Mass, and Confession.
He comes when we love Him in the least and the needy, when for example, we donate to the food bank in our ‘Reverse Advent Calendars’.
He comes in personal prayer.
He comes when we read His holy Word in the Bible.

He will come in glory at the End.
He came in weakness when He was born.
Let us prepare for His Christmas coming by welcoming Him now.

Vat II Pres Ord n.4 “priests, as co-workers with their bishops, have the PRIMARY duty of proclaiming the Gospel of God to all.”

“We must now consider upon whom rests the obligation to dissipate this most pernicious ignorance and to impart in its stead the knowledge that is wholly indispensable. There can be no doubt, Venerable Brethren, that this most important duty rests upon all who are pastors of souls. On them, by command of Christ, rest the obligations of knowing and of feeding the flocks committed to their care; and to feed implies, first of all, to teach. "I will give you pastors according to my own heart," God promised through Jeremias, "and they shall feed you with knowledge and doctrine." Hence the Apostle Paul said: "Christ did not send me to baptize, but to preach the gospel," thereby indicating that the first duty of all those who are entrusted in any way with the government of the Church is to instruct the faithful in the things of God.”(Pius X, Acerbo Nimis, n.7)

“If what We have just said [that a priest’s primary role is to teach, c.f. n.7] is applicable to all priests, does it not apply with much greater force to those who possess the title and the authority of parish priests, and who, by virtue of their rank and in a sense by virtue of a contract, hold the office of pastors of souls? These are, to a certain extent, the pastors and teachers appointed by Christ in order that the faithful might not be as "children, tossed to and fro and carried about by every wind of doctrine devised in the wickedness of men," but that practicing "the truth in love," they may, "grow up in all things in him who is the head, Christ." “(Pius X, Acerbo Nimis, n.10)

“For this reason the Council of Trent, treating of the duties of pastors of souls, decreed that their first and most important work is the instruction of the faithful.[Council of Trent, Sess. V, cap. 2, De Reform.; Sess. XXII, cap. 8; Sess. XXIV, cap. 4 & 7, De Reform.] “(Pius X, Acerbo Nimis, n.11)
“These prescriptions of the Council of Trent have been summarized and still more clearly defined by Our Predecessor, Benedict XIV, in his Constitution Esti minime. "Two chief obligations," he wrote, "have been imposed by the Council of Trent on those who have the care of souls: first, that of preaching the things of God to the people on the feast days; and second, that of teaching the rudiments of faith and of the divine law to the youth and others who need such instruction." Here the wise Pontiff rightly distinguishes between these two duties: one is what is commonly known as the explanation of the Gospel and the other is the teaching of Christian doctrine. Perhaps there are some who, wishing to lessen their labours, would believe that the homily on the Gospel can take the place of catechetical instruction. But for one who reflects a moment, such is obviously impossible. The sermon on the holy Gospel is addressed to those who should have already received knowledge of the elements of faith. It is, so to speak, bread broken for adults. Catechetical instruction, on the other hand, is that milk which the Apostle Peter wished the faithful to desire in all simplicity like newborn babes.”(Pius X, Acerbo Nimis, n.12)


“The principal way to restore the empire of God in the souls is religious instruction… this is why Christ commanded the Apostles, ‘Going forth teach all teach’(Mt 28:19)”:(Pius X, E supreme, n.12)
Posted by Fr. Dylan James, Catholic Priest, dual American-British citizen at 00:30