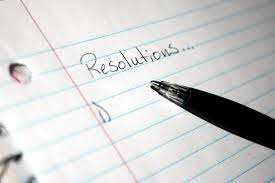 Today, on the feast of Epiphany, we recall how the Wise Men from the East came bearing gifts for the new-born King of the Jews, namely, Christ.
This is one of the reasons why it is traditional for us to exchange gifts at Christmas time,
also following the example of St Nicholas the 3rd Century bishop in Turkey whose feast is 6 December and who was renowned for giving gifts, especially to children.
When we think of the gifts presented at the epiphany it is common to reflect on what one of our hymns calls the "mystic meaning" of these gifts.
We have no real idea as to why, in their own minds, the wise men gave these specific gifts (i.e. gold, frankincense and myrrh), but there are some very clear symbolisms:
Incense is offered before the deity, and so frankincense is a gift fit for the divine Christ-child.
Gold is fit for a king, for He who is a King of Kings.
Myrrh is perhaps the most striking of the gifts.
Myrrh is the perfume traditionally used to anoint the dead, something people rarely choose to focus on at a birth -it would be like buying one of those advance funeral payment plans and presenting it to two parents at the birth of their child: rather odd.
But Christ was no ordinary child, He is the one who entered this world to die, to die for us.
The gifts that the Magi brought were gifts worthy to worship the newborn Christ.
I would suggest to you today, that we would do well to ask ourselves what gift we would bring to the newborn King today.
The popular Christmas Carol sings, "I will give my heart",
and I suggest you that today is a good day to combine such a thought with our New Year resolutions.
New Year Resolutions are very Catholic notion, a very sacramental notion:
taking a specific moment as a specific opportunity,
an opportunity to change, to repent,
to find something in my heart that I will present anew to the Lord.
New Year's Day has already passed but I don't think it's too late to make a resolution for the year ahead.
This year my primary resolution is to wake more promptly, with more determination, to GO
-sadly, something I have resolved other years also, but I offer to Him anew this year.
So, like the Magi, let us today make an offering to the Lord, a gift worthy of Him.
But I would offer a final thought:
let us recall the symbolism of the offering that is made in every Mass:
the bread and wine are brought forward in procession,
SYMBOLS of the offerings of our whole LIVES and of the whole congregation.
And this bread and wine, unworthy and INADEQUATE an offering as it is,
this offering is taken by Christ and TRANSFORMED into the one fitting act of worship:
is transformed into Christ Himself, His Body, His Blood, His Soul and His Divinity,
and it is all offered to the Father
-the self-same sacrifice that He offered once on Calvary is made present again on the altar at Mass.
The wise men from the East, if they had truly known who lay before them in the manger, would have felt that even their gifts of mystic meaning were inadequate such a king.
If we realise that our lives are not worthy to be gifts presented to the King,
then let us remember that He knows this already,
that He loves us despite this,
and that He wants our gifts and offerings despite this,
for He is the one who takes what we give Him
and transforms it into an offering that is even more.
Posted by Fr. Dylan James, Catholic Priest, dual American-British citizen at 00:30