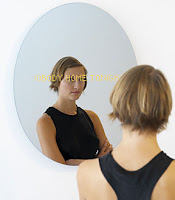 Lk 3:10-18
I was at someone's house recently and happened to look in their mirror. And I, somewhat apologetically, told them that there was something wrong with their mirror. Because the mirror somehow made it look as if I had wrinkles around my eyes. Then, a few days later, I was at another person's house, and it turned out that they too had a faulty mirror. And I began to wonder if, actually, the problem was that I needed new glasses. And, within my head, the thought process was quite straightforward: “I know I don't have wrinkles. Wrinkles are not nice things. I don't want to have wrinkles. I don't have wrinkles.”
Sadly, whether or not we have wrinkles is not decided by whether we think we want them!

I make this observation because people often make a similar sort of thought process about sin. I've often heard someone articulate it in a way that sounds just like my thoughts about my wrinkles, say, about the sins of 'pride' and 'judging others' and 'gossip':
"I don't judge people. Judging people isn't nice. I wouldn't do that."
Now, like my wrinkles, the issue is not whether we would like something to be the case but whether it actually IS the case.
I would like to be a perfect person. I would like not to commit any sins. But I do. Daily, hourly.

One of the major problems in Christian living, a problem the saints talk about frequently, is the problem of self-deception. We inwardly lie to ourselves. We inwardly tell ourselves that we're alright. There isn't any sin in THIS soul, or at least, there isn't any sin worth bothering about -so we all too often deceive ourselves.
The problem with this is that we end up carrying the guilt of our sins anyway. And, actually, this is something we need to be released from, and released from repeatedly.

I say all this in the context of Advent. I've preached the last two Sundays about different aspects of our need to recognise God when He comes, both at Christmas, and in our daily lives. But, we also need to recognise OURSELVES if He is to come to us, to recognise what IN ourselves is stopping Him from entering our souls, and that is, above all else, our sins. And so, what need is to go to confession, to be forgiven, to be set free of our sins, to be made clean and ready for Christ to come.

Let me briefly address two questions: first, what am I to do if I can't really think of my sins? Maybe you know you're not perfect, you know you must be sinning (not least, because Scripture says so, "he who says he has no sin makes God out to be a liar..."(1 Jn 1:8-10)), but nonetheless, you can't think of WHAT those sins are. Well, pray to the Holy Spirit to "convict" you of your sins, to show you. Ask for the humility to see them. And perhaps start by looking not just for big mortal sins but smaller ones, the venial ones -sometimes, rather ironically, it can actually be easier to see and admit to the small things. The examination of conscience in today's newsletter has the seven deadly sins as its structure, and almost every one of those sins will be in our life to at least SOME degree, and starting with that realisation can help us then look and see WHICH sins of 'pride' etc are present in me.

Second, more briefly, what are we to do when every time we go to confession we confess the SAME things? Is there any point? Yes, there is a point. As long as we offend God we need to confess to Him; we need to be forgiven. And, confession can at least help us avoid getting worse even if we're not yet getting better. And, the standard advice of regular monthly confession will ultimately yield fruit in our lives.

To return to where I began, those wrinkles I refused to see, those sins I refuse to admit are really there. John the Baptist preached a baptism of repentance because there were sins to repent of, specific things, such that people said to him, as we heard, “What must we do?”(Lk 3:12). That held for the people back then, and it holds for us today. If we are to prepare for His coming at Christmas then repenting and going to confession, to renew our baptismal grace, is an essential way to get ready for the season.
Posted by Fr. Dylan James, Catholic Priest, dual American-British citizen at 00:05