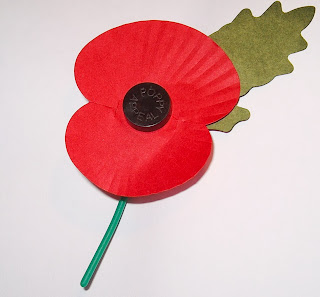 2 Macc 7:1-14; Lk 20: 27-38
Today our nation keeps Remembrance Sunday, when we remember all those who have died in the wars. The Scripture readings that the Church gives us today are not chosen with that in mind, they are on a different cycle, but by a happy coincidence they also speak to us of death, and, more particularly, of our hope in a resurrection after death.

Our Gospel text described how a group of Sadducees came up to Jesus with a trick question. You may not have heard the old joke: "Why were the Sadducees sad? Because they didn't believe in the resurrection!" Both modern Judaism and ancient Judaism were divided over the question of whether there was life after death. The Pharisees said there was. The Sadducees said there wasn't. And they brought what they thought was a trick question to Jesus, with the tale of a woman who had been married to seven men who had all died in sequence, and which of them would she be married to in heaven, if there was a 'heaven'?

There are some key things we need to note about this passage, because it teaches us some very definite things about life after death.
First, we might note the Sadducees' concern that the woman produce a child -thus she needed to keep marrying. This was rooted in the thought that the only 'after life' is to have a child who keeps living when you die, who keeps your name and memory going.
Second, we might note the contrast that exists between such a vague existence-as-being-remembered-after-death and existence-as-having-a-resurrected-BODY. Jesus speaks very clearly about the BODY being resurrected. Not just a vague spirit, not just a vague memory. But a BODY. You REALLY do live after death if there is a new body!

The Sadducees, however, mocked the idea of a resurrected body. What would it be like?! Or, as some modern people who sometimes think they are being clever imply: all this talk of 'bodies' is rather crude and primitive and foolish.
The Lord Jesus, however, is emphatic: there is a resurrection of the body. And, of course, He ultimately made this a reality in His own physical Resurrection.
The foolishness is to think that the new body will be just like the old. It will not! And perhaps nothing makes this clearer than the fact that there will be no marriage in heaven. The 'new heaven, and new earth'(Rev 21:1) that the book of the Apocalypse describes is truly 'made new' (Rev 21:5). It is real, it is bodily, but it is different.

To conclude, however, what difference does any of this really make to us?
Well, we heard a good example in our first reading, with the description of the bravery of the Maccabees. They were Jews in what became 'the Pharisee tradition', not Sadducees. The Maccabees believed very exactly in a resurrected body. And, as, today, we think of the bravery of many soldiers, we might note that many of these Maccabees were soldiers, and it was faith in the resurrection that empowered these Maccabees to be so brave in the face of death: "Heaven gave me these limbs, and for the sake of His laws I disdain them; from Him I hope to receive them again" (2Macc 7:11) in the resurrection of the body. Thus the Maccabees were brave in fighting their pagan overlords. We might note, in comparison, that the Sadducees were not known for bravery against the Roman oppressors, but known rather for cooperating, in order to keep their power and the Temple cult in place.

The simple point is this: believing in life after death CHANGES how we live on earth.
It gives you hope while you live, it inspires you to bravery and feats that you would otherwise not achieve.
To come back to that opening quip: Why were the Sadducees sad? Because they didn't believe in the resurrection.
Believing in the resurrection CHANGES us. From sadness to hope. From weakness to bravery.