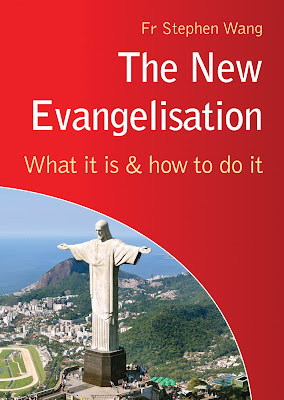 Mt 22:1-14; Isa 25:6-10
I’d like us to consider where we fit in today’s parable. The Lord Jesus just described “the kingdom of heaven” and there were a number of characters in that parable. I would like us to start by noting the “servants” of the king:
Those servants were SENT out, sent with invitations to the banquet.
I would like to point out that this role is exactly what Pope Francis and the recent popes before have said is OUR role:
You and I have been SENT out to the society we live in to invite people to the banquet of the Lord.

The “wedding banquet” is a common image in the Scriptures.
Being a “wedding”, it symbolises the love between God and His people.
Being a “banquet”, it symbolises something desirable & satisfying, something we should WANT to attend.
In particular, being “the Kingdom of Heaven”, it offers:
the fulfilment of all desires in Heaven,
the meaning and purpose of life on earth,
and the joy of being with the Lord who loves us -a joy we can know both in this world and the next, as much as we are open to it.
The “wedding banquet” invitation is an invitation to “marry” God -and there is nothing greater that one might wish for.

My point to you today, is that the Lord’s parable indicates that there are those “sent” to “invite” others.
Someone has the task of communicating that invitation.
And that someone is you and me.
The word we use of this task is “evangelisation”: making known the Good News about Jesus Christ.

Before saying anything more I want to dispel a certain image of “evangelisation”, namely, the image of the man standing on a soap box shouting out passages of the Bible to random strangers as they walk by. There is a place for this, but it’s not the primary or even most common form of evangelisation.
Such a type of evangelisation requires specialised training, but Pope Francis makes the point that actually communicating this message is a task we ALL have -evangelisation is NOT a job for specialists (EG 120-121).

The people we are to communicate this “invitation” to is everyone.
That means it is primarily to the people we meet most frequently. This, of course, is what can make it so difficult. In many ways its easier to talk about God to a stranger than to someone in our own family.
But if we love our family members more than we love the stranger then we should WANT to tell them about the Lord.

In a week and a half we’re going to re-launch our Parish Evangelisation Team (because it took a break over the summer). Everyone in the parish is invited to these meetings. All we do in them in go around in a circle and each share one single attempt we’ve made in the past month to talk to someone about the Lord. It’s a simple methodology to enable us all to learn from each other how to do this simple but difficult thing:
to talk to another person about God;
to invite another person to the fulfilment of all their desires, the “wedding banquet” of the Lord.
Like the servants in today’s parable, it’s an invitation we’ve all been sent to spread.
Posted by Fr. Dylan James, Catholic Priest, dual American-British citizen at 00:30