Others before Himself, 26th Sunday in Ordinary Time, Year A 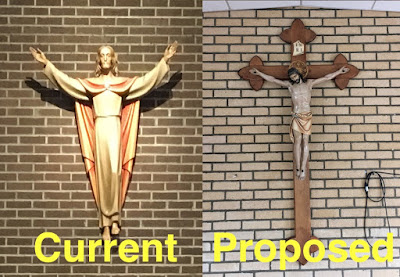 Phil 2:1-11
I’d like us to consider one aspect of what it FELT like to MEET the Lord Jesus.
We know that the Lord made quite an impression on people as He travelled, and talked, and met people. Today, I want to reflect on an aspect of what we heard St Paul speak of in our second reading (Phil 2:1-11).

Let me start with a more general observation: When we meet someone, do we experience that person as thinking more about himself or more about YOU?
I think we’ve all had the experience of meeting someone who is so self-absorbed he doesn’t really see you. He might not be unpleasant or bad, but he’s so absorbed in something else that he fails to see your situation, fails to bring you a cup of tea, or a chair.
Or, if he does these things he’s someone done them for himself before he’s done them for you.

My point is that it was the other way around with the Lord:
When we read the Gospels we repeatedly read about someone who is focussed on the “other”, focussed on YOU, not focussed on Himself.
And when we recall that He was the Lord God almighty, its pretty amazing that He should be so focussed on us rather than on His own majesty.

To think of just two examples:
We might recall the occasion when He and His apostles were so exhausted with preaching and healing all day that He took them across the lake to a lonely place to rest awhile. But when they got there they found a whole new crowd waiting for Him. Did the Lord get exasperated and say, “Look, I just need some space right now! Leave me alone!” No, the Gospels tell us that He looked at the crowds and “felt compassion for them, for they were like sheep without a shepherd”(Mk 6:34; Mt 9:36).
He thought of them before Himself.
We might also recall a similar scene when He met the Samaritan woman by the well. Again, He was tired and resting in the heat. Yet, He thought of her needs and her salvation first, and spoke to her at length and offered her the water that will forever satisfy. (Jn 4:4-26)
Again, He thought of others ahead of Himself.