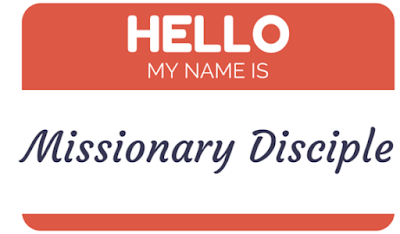 Jer 1:4-5.17-19; Lk 4:21-30
Last Sunday I spoke to you about what it means to be a disciple. I said that it was a type of student, a student committed to a specific teacher. I referred to the image of a group of students gathered around and sat at foot of a wise master, a master who formed them in how to live.
This Sunday I want to focus on 2 rather different aspects of being a disciple: the aspects of being (1) called and chosen, and (2) being missionary -and the first of these aspects is quite particular to being a disciple of the Lord Jesus. On earth, there are many types of teachers and disciples, but in the human sense the disciple CHOOSES his teacher, chooses WHO he wants to be formed by. Now, it is true that the Lord Jesus also leaves is free to choose. BUT it is even MORE true that He chose us long before we chose Him. And to be a disciple of the Lord we must recognise this, must recognise that we are responding to a call.

In our first reading we heard of the call of the prophet Jeremiah. What the Lord said to Jeremiah He also says to each one of us:
“Before I formed you in the womb I knew you,
before you came to birth I consecrated you”(Jer 1:4).
Everyone here who has been baptised has been “consecrated” in baptism, consecrated to the Lord.
And before you were baptised God knew you already.
Before the stars came into being,
before the rock of the earth coalesced after the Big Bang,
God already knew you, loved you, and chose you.
Being a Christian disciple means recognising that He called us long before we decided and chose to allow ourselves to be formed and trained by Him;
it means recognising that He, as God, has a unique claim to expect us to be taught and trained by Him.

Let me take this in a new direction, however. Pope Francis, who as I said last week uses this Biblical term “disciple” frequently, Pope Francis almost invariably uses the term with the clarification, “missionary disciple”(c.f. Evangelii Gaudium).
You and I have been called and chosen. We have been set apart and made special. But it is not the Lord’s intention that we jealously hold on to this as a some sort of private gift. No, we are to go out are share this gift with others.
In today’s gospel text we heard the Lord Jesus saying how He wasn't just a prophet for His home country. And this was not a welcome message: they tried to kill Him, it made them so angry.
The Jewish people knew they had been called and chosen, set apart from the nations as special, as the chosen people given a promised land. And yet, as the Lord Jesus reminded them, God had repeatedly indicated that this calling was to be spread to all the nations. Thus Jeremiah was sent not just as a prophet to the Jews, but, as we heard, “a prophet to the nations”(Jer 1:4).
As English Catholics we probably don't RESENT the notion that God wants us to share our glory as God’s special Church by calling the rest of the people to join us. BUT we DO tend to think that being Catholic is just our private affair. But it's not.

If we are disciples of the Lord Jesus,
if we are formed in the pattern of His life and thinking,
then we must remember that His life and thinking reached OUT.
We, likewise, as Pope Francis is forcefully reminding us, must be willing to venture OUT too.
We must be taught by the Lord, formed by the Lord, live the life He shows us.
But we must also bring others to the Lord, so that others can be formed by Him, and others know the life He calls us to.
We are here because we recognise, AT LEAST in part, the calling the Lord has made of us. Let us ask ourselves how often this past week we have actively desired and sought to share that with others? And let us ask ourselves whether the week ahead will be the same or different.
Posted by Fr. Dylan James, Catholic Priest, dual American-British citizen at 00:05