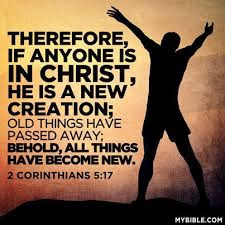 Col 3:1-4 (first option for second reading)
Today we recall an event that changed the lives of the men and women who came to be called Christians. And if we recall its meaning, it can change our lives too.

That Easter Sunday morning they found the tomb empty. They weren't expecting it. No earthly explanation was sufficient.
Not only was the tomb empty, but Jesus Christ, the same one who had been crucified on the Friday, appeared in a new glorified state, in His resurrected body. He appeared not only to his followers, like Peter, but to his enemies, like Paul.

These two facts (the empty tomb and the witnesses who saw Him after His resurrection) testify to the beginning of a NEW CREATION that had been worked in His own flesh.
We live in a world of limitations, sufferings, difficulties. The Lord Jesus came from heaven and united Himself to all those problems we know in life, most particularly, He united Himself with them in His suffering on the Cross.
But what we recall today is that “Good” Friday was not the end, rather, it was a new beginning. It led to His resurrection, the act of new creation by which He began to “make all things new” (Rev 21:5) –as He declares in the book of Revelation.

His first followers realised that the existence of this “NEW creation” meant that they should no longer continue to live lives based on the “old” creation.
Lives based on the “old” creation are lives based merely on this material order we see around: money, property, food, etc. Those things are real, but they do not last, and any life we live based on them will not last. They will fade and die and rot in corruption. We can, if so so choose, cling to them, but if we do we cling to things that have no future, and barely have a present –there is no deep meaning in a materialistic life, no inner purpose.

The alternative is what was put before us in our second reading, from St. Paul to the Colossians. The Lord’s first followers knew that by being united to Christ they had both died and risen WITH Him. And, as Colossians put it, “Since you have been brought back to true life in Christ, you must look for the things that are in HEAVEN, where Christ is… Let your thoughts then be on heavenly things, not on the things that are on earth, because you have died, and now the life you have is hidden with Christ in God”(Col 3:1-3).

To live a life based on the things of heaven rather than on the things of earth is to live a life of HOPE, a life that looks forward, a life that realises that there is something MORE and GREATER that lies ahead.
Yes, I need to eat while I am on earth, and I can ENJOY eating on earth. And I can enjoy a house, and car, and money.
BUT I need to enjoy these things realising that the inner purpose of life lies BEYOND them, lies in what I am reaching for in heaven.
I need to relate to my money, and USE my money, in a way that reaches for heaven. In a way that loves as our loving Lord in heaven loves, in a way that thinks of others and not just of myself.

And the point about the resurrection is this: the Lord’s triumph over the sufferings of this world, the Lord beginning the new creation in the transformation of His own flesh, this is what enables me to look beyond all that I see around me. This is what enables me to live this new life of the new creation, even while I live amidst the things of the “old”.
He has triumphed. He is in heaven, with His transfigured resurrected body.
And if I live a life that looks towards that goal, then, to finish by quoting Colossians again, then “when Christ is revealed [at the end of time] and He is your life –you too will be revealed in all your glory with Him”(Col 3:4).
Posted by Fr. Dylan James, Catholic Priest, dual American-British citizen at 00:30