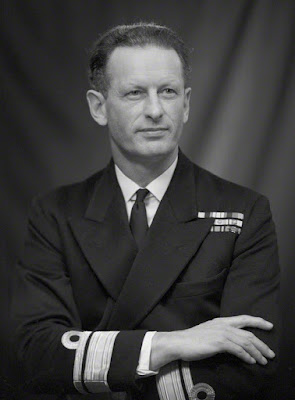 
Introduction to the Mass:
It is good to see so many here to pay our last respects to the Admiral,
and to offer our support to his children: Tim, Susan, and Louise, and their wider family.

On their behalf I’d like to acknowledge and thank those who are here representing:
Her majesty the Queen and the Duke of Edinburgh,
The Duke of York,
The Princess Royal,
And the Duke of Kent and Princess Alexandra,
your presence here is a fitting acknowledgment of the greatness of the man who we are here today to pray for and remember.

This was the church where Bill worshipped for more than a decade in the last part of his life.
He was a devout and pious Catholic, regular in his prayers, attending Holy Mass here not just on Sundays but on weekdays -something he was able to do until just the last month or so of his life, when frailty prevented it.
He prayed here often, and though we may be tightly squeezed in, it is fitting that we are gathered HERE today to offer our prayers for him.
The Catholic faith he professed holds that a funeral is not just an occasion to remember the past, but to look to the future:
we gather here in hope of the hereafter -a hope that is solidly founded, because the Lord promised that He would prepare a place for those who believe and trust in Him,
and that same Lord showed He has the power to fulfill His promises by His own rising from the dead;
and we gather here also to pray for Bill, to pray that the Lord will grant that what we hope for Bill will be brought to completion.

Sermon:
Admiral Sir William O’Brien, or ‘Bill’, was referred to by everyone in this parish as ‘the Admiral’. We don’t live in an era when people’s titles and positions stand for much any more, and yet, the combination of humility and dignity that Bill possessed made it just seem natural for everyone to refer to him as ‘the Admiral’ in a very unaffected manner, and I think it says much good about him.

There will be people today who will be recalling his great naval career, and it is fitting that people should. I, however, wish to share with you another aspect of him, namely, that he was a man of faith, and a man of Catholic faith at that. That’s how he was primarily observed here in this parish, and if we recall some of the religious truths he believed and sought to live, they should also give us comfort and hope today as we say farewell to him.

One concern that the Admiral often voiced to me was that young men, teenage boys in the parish, need to see the connection between their manhood and the Catholic faith. It is common in our culture today to think of religion as weak and womanly. The truth, however, is that the Catholic faith gives a man a deeper vision of manhood than the one that contemporary society offers. Christian manhood is modeled on Christ Himself: on self-giving, on self-sacrifice, on endurance through suffering, on perseverance on the Cross, on running the race to the finish. Christian manhood is modeled on Christ as the “Son” of God, as one who has the dignity of “a first-born son”. To be a Christian is to be aware of your dignity, to be aware of the fact that you were called and chosen to share in the sonship of the Son. And, being aware of that dignity, to live the demands of such a high calling.

The Admiral manifested this dignity. Not in pomp, which as those who know him will know he found rather tiresome. He manifested it, rather, in a quiet and very dignified manner. He stood and walked with dignity, and genuflected with military precision even at the age of 99, back perfectly straight. Part of that manifested the extent to which his naval lifestyle was imbued into his manners, but, and this is my point: He saw the connection between this dignity and the dignity of a son of God. A supernatural dignity that managed both to complement and exceed the natural dignity of a naval career.
We heard in our second reading about how God calls us His children. But that reading also spoke of something that has not YET been revealed, namely, the glory of our life in heaven. It will be glorious, that reading said, because “we shall be like Him”(1 Jn 3:2), like Christ. The Admiral had a manner that displayed something of that glory on earth, but it pales before the glory and dignity we hope for him now in heaven.

Having noted the Admiral’s dignity, and noted the importance of CHRISTIAN dignity, not worldly pomp, let me now say a word about his humility.
There are some old men who tell you continually about their past glories, their victories, their achievements.
It was not so with the Admiral.
He spoke to me often, and I think it said much about him that when he looked back on his life he would talk often about his faults, his failings. He did this with humility.
BUT, and I think this is important, he didn’t seem to do it with a sense of despair, but rather with a mark of Christian HOPE. It is a characteristic of a true Christian that he is able to know his weakness, know his sin, repent of his sin, confess his sin, and do all of this trusting in the loving mercy of our Saviour.

The Admiral died fortified by the sacraments of Holy Mother Church. He died confessing his sins and humbly trusting in the mercy of God. And, if we reflect on the words we heard in our Gospel text, it is to those who have imitated His call to be humble that the Lord offers final call to “come to me” (Mt 11: 28) when they die.

Let me note one final thing about the Catholicism we see in the Admiral’s life: The way he prayed for his dead wife Rita.
Rita passed away in 2012, and he obviously missed her greatly these few years. But, I would point out that he lived out his faith by PRAYING for her, not just pining her absence.
There is a manner in which some people gloss over the ‘difficulty’ of death by referring to their loved ones as if they were already in heaven, or as if they had never sinned, or as if they had nothing to worry about in the judgement seat before God.
The Catholic faith says otherwise.
The Catholic faith follows the practice of the Jews of our Lord’s time, the practice of the early Church, and it prays for those who have died. It feels no need to pretend that our loved ones didn’t sin, because we able to DO something about those sins: we can pray that God will have mercy on mercy. We feel no need to pretend that our loved ones are immediately ready to enter the perfection of heaven, because we can pray that they will be purged of their faults in Purgatory, and our prayers are able to help them in that process.
What this means, in practice, is that our prayers for the dead become a loving activity that continues to unite us to those who have died, and unites us to them with the vision of HOPE that it look towards.
This is something that Bill lived out in his love for Rita after she died.
And our love for him should lead us to do the same for him in days and years ahead.

To sum that up: The Admiral lived out his Catholic faith in a manner that points us to things that can console us today. He saw the dignity that a Christian possesses, and we can hope that he will inherent the greater dignity of that in its fullness in heaven. He manifested humility, so we can hope that the reward that God promises to the humble of heart will be granted to him. He had the love and supernatural confidence to pray for the dead, and so we should do the same, for him.